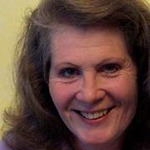 It seems like a simple enough question, but when you really start to think about it, it’s not that simple of a question at all. There are so many aspects as to why people swear. You have to consider not only the character traits of the person, but also their societal, cultural, religious, and familial background. After all, even in our own reality and our own world, not everyone swears. Some people find it personally offensive, some were raised to believe it is wrong, others were taught it’s a sin, and some cultures punish swearing with fines, imprisonment, or death.

Then there’s the type of swearing that your character might indulge in. Is it sacrilegious, societal, or cultural swearing? My mother had a pet phrase that she used when she swore that was more of an indictment against the nation than anything else; while, my father’s word of choice was a societal one impugning female dogs.

So, what about fictional characters? Is there ever a reason to have a character spout off, and if so what terms or phrases would they use? In my case, I said yes, some of my characters would have fractuous opportunities and would need to express themselves accordingly. Of course, only those whose backgrounds, upbringing, and personality traits would lend themselves to such utterances would be allowed to express themselves that way. The others would find other ways to show their upset and displeasure.

But what type of swearing would they do? That became the hard part. If I picked a cultural phrase for one character and a societal or religious phrase for another, there was a good chance that the readers might not grasp it for what it was. However, if I picked a common phrase that could double both as a cultural and a religious epithet, the consistent use and repetitions would help secure it in the minds of my readers. Et Voila! Now to find just the right phrase.

As a child I remembered watching a cartoon series called Thundarr the Barbarian. His favorite expression was “Lords of Light!” He used that when he was shocked, excited, perturbed, and angry. How perfect is that? It seemed to be some sort of cultural reference to the cartoon character’s religious affiliation, yet it could easily replace some of the other expressions that real adults used. Now, to find a similar phrase for my characters to use.

I tried different sounds, phrases, and word combinations in my writing and in life. Instead of using the common swear word for fecal matter, I would substitute my current experimental swear word. I spent almost a year of trial and error searching for that perfect sound bite that expressed all the ranges of emotionalism from horror to exasperation, and from shock to anger. What I discovered is that all but one of my main characters were happy with the term, and the one that wasn’t...well, she doesn’t really swear anyway. So, it all worked out.

As for the others, they’re perfectly happy using the term and phrases that I devised for them:

So, how about you? Do you think fictional characters should swear?

TA Sullivan was born in the back of a cab in Chicago, Illinois, and she has continued to be unconventional in all that she does.

For over thirty years, she has made her living as a technical and marketing writer and editor in such diverse industries as manufacturing, cellular technology, and computer software. She has become quite proficient in turning boring into something readable and entertaining.

Her first book, "Escorting the Dead: My Life as a Psychopomp," is an autobiographical look into the world of death escorts and near death experiences. It won praise from critics and readers alike.

Her next book, "On Dreams and Dream Symbols," strove to expand people's awareness of their dreams and what those dreams might be trying to tell them.

The first book of her fantasy series, “The Starstone,” came out just last year, and she is readying her second book, “The Globe of Souls,” for release this summer.