The Only 2 Rules of Writing That Matter 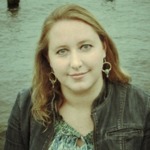 This spring I’m teaching a writing class at a college. I’m curious to know what preconceived notions about writing my students will bring to class. One writer I knew insisted that “said is dead” and should be used only rarely for dialogue attribution. (I disagree.) Other writers are sticklers for avoiding sentence fragments, not using alliteration, or refraining from using prepositions at the ends of sentences.

In On Writing, Stephen King says you should know the rules of rhetoric, but so long as you know what you’re doing, you can break them. He wasn’t saying you should abandon grammar, of course. Quite the opposite—you have to know how language works to use it well. He also says the road to hell is paved with adverbs. (I agree with that one.)

I believe there are two rules to writing. First, you write to be understood. If no one can figure out what you’re trying to say, what’s the point? Second, you write to engage the reader. A great book will captivate a reader and make the outside world vanish. A great writer knows how to build worlds and hide the scaffolding propping them up. How that happens is determined by the writer, but when it does happen, it feels a lot like magic. Maybe it’s just sleight of hand, but there is power in beautiful writing.

Here’s what other writers think. Anne Rice says, “There are no rules in this profession. Do what is good for you. Read books and watch films that stimulate your writing. In your writing, go where the pain is; go where the pleasure is; go where the excitement is. Believe in your own original approach, voice, characters, story. Ignore critics. Have nerve. Be stubborn.”

Neil Gaiman says, “The main rule of writing is that if you do it with enough assurance and confidence, you’re allowed to do whatever you like. (That may be a rule for life as well as for writing. But it’s definitely true for writing.) So write your story as it needs to be written. Write it ¬honestly, and tell it as best you can. I’m not sure that there are any other rules. Not ones that matter.”

I particularly like what John Steinbeck said about writing. “If there is magic in story writing, and I am convinced there is, no one has ever been able to reduce it to a recipe that can be passed from one person to another. The formula seems to lie solely in the aching urge of the writer to convey something he feels important to the reader. If the writer has that urge, he may sometimes, but no means always, find the way to do it. You must perceive the excellence that makes a good story good or the errors that makes a bad story. For a bad story is only an ineffective story.”

What do you think? Are there rules that govern your writing? What advice would you give to new writers?

Melissa Eskue Ousley is the award-winning author of The Solas Beir Trilogy, a young adult fantasy series. She lives in the Pacific Northwest with her family and their Kelpie, Gryphon. When she’s not writing, Melissa can be found hiking, swimming, scuba diving, or walking along the beach, poking dead things with a stick.

Before she became a writer, she had a number of enlightening jobs, ranging from a summer spent scraping roadkill off a molten desert highway, to years of conducting research with an amazing team of educators at the University of Arizona. Her interests in psychology, culture, and mythology have influenced her writing of The Solas Beir Trilogy.